Ego the living planet.  I love how Marvel doesn’t even bother trying to be realistic, but rather fully embraces the weirdness of a living planet with a giant face on it.  It’s like they just said “yeah take this crazy shit and roll with it.” 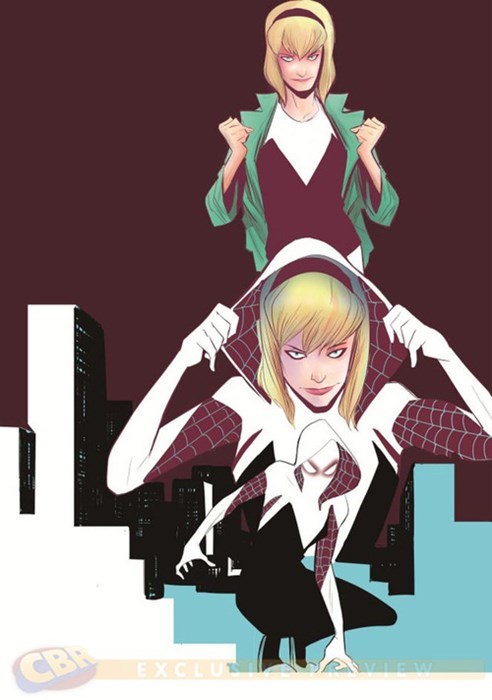 An Alternate universe take on Spiderman.  What if Gwen rather than Peter was the one to be bitten by a radioactive spider.  I always find these what if types of stories interesting, because it gives very interesting insight into the character and challenges they faced when you look at how someone else would have handled the same situations.

I do have one negative comment though.  One day we’re going to look back on hoods on superheores in the 2010’s like we look at giant popped disco collars in the 1970’s. In an interview, Ellis said, “I took The Authority and I stripped out all the plots, logic, character and sanity.”[5] “It’s an absolute distillation of the superhero genre. No plot lines, characters, emotions, nothing whatsoever. It’s people posing in the street for no good reason. It is people getting kicked, and then exploding. It is a pure comic book, and I will fight anyone who says otherwise. And afterwards, they will explode.” His name is the captain. It doesn’t take itself seriously at all. It’s an absolute joy to read. EVERYONE SHOULD READ THIS!

And also read Superior foes of Spider-man because it’s like nextwave but with a lot less punching.

NEXTWAVE: Invading your tumblr and making it 10,000 times better.

I just can’t stop laughing at “…left me in a dumpster with a bar of soup in my mouth.”

Because only in a Deadpool comic could you pull this off. 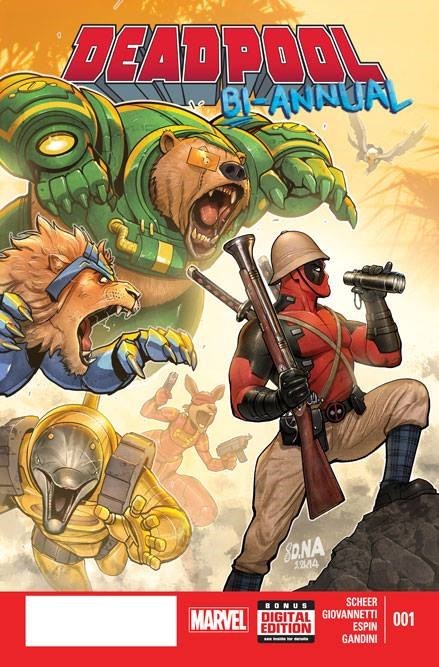 I imagine Linkara will be along to flip his shit (in a good way) very soon.

I will stop reblogging this when it stops being funny.

It’s not just the movies either.  I think the best explanation is that Marvel is truly embracing everything that makes comics awesome while simultaneously bringing in new ideas, and expanding their audience.  The fact that they’re returning to exploring the cosmic characters that were so prevalent in the 80’s and early 90’s, really shows that.  They can tell a gritty lone man’s struggle against crime, or they can just as easily tell a galaxy hopping space adventure with cosmic beings and interstellar empires.  DC meanwhile seems to still think catching up is defined as getting stuck in the late 90’s, and they need to compete with that there new fangled Spawn.

The silver age was a great time for DC.  Sure it was goofy, but it was fun.  In the 80’s they showed they could combine the fun of the silver age with a more serious tone.  DC may be returning its focus to silver age characters, but they’ve lost that spirit.  Though meanwhile anything they give to Bruce Timm to put into animated form seems to turn to gold.  Maybe they should bring him on board.

So while Marvel is knocking it out of the park movies and comics, DC has found a niche in TV adaptations (both animated and live action).  Maybe DC execs need to stop trying to compete through imitation, and evaluate what’s working so well with those TV adaptations.