A bit of art today of Piago alongside Alegre from Pembroke W. Corgi’s Da Pukas.

This guy’s been a pain in my ass for a while now, but I think I’ve finally arrived at a design I’m happy with.  But first let’s look at the line of progression that lead up to it.

Version 1 (actually version 2, but the previous version 1 became a different character). A bit too caveman.

Version 2: Cleaned up the face a bit to make him more civilized, and made his spear a crystal. Still not quite right though.

Final: Got all that extra detail off his face in place of a simple distinct scar on his nose.  Made him paler, and his fur pattern has a little more personality.  He looks like a young and brash character, while the cape and purple colors give him a leader like quality. though covered by the hair, he still has the sloping caveman forehead, but his mullet is now tied up helping him to look primal yet civilized.  Character design needs to be able to say a lot without being too busy.  That’s my philosophy of build a character then start refining it down.

Expect this guy to show up in chapter 11: Cave Tail

AntiBunny: The Gritty City Stories #266 Loud Silence is now up for your viewing pleasure at http://antibunny.com (Or if you’re having trouble with the regular URL it’s also reachable at http://vinnied.comicgenesis.com ) in which things are turning bad for Penelope.

Remember you can also help support the comic by becoming a backer at http://patreon.com and with your contributions I can make the comic even better.

Sorry, I ended up forgetting to post the rest of Inktober for you folks following along here on the blog.  Here’s what you didn’t see. 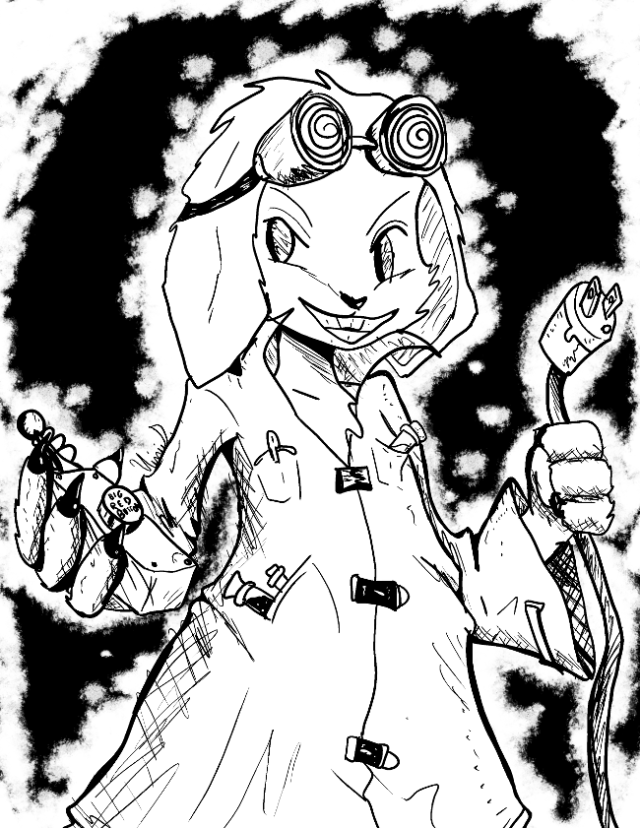 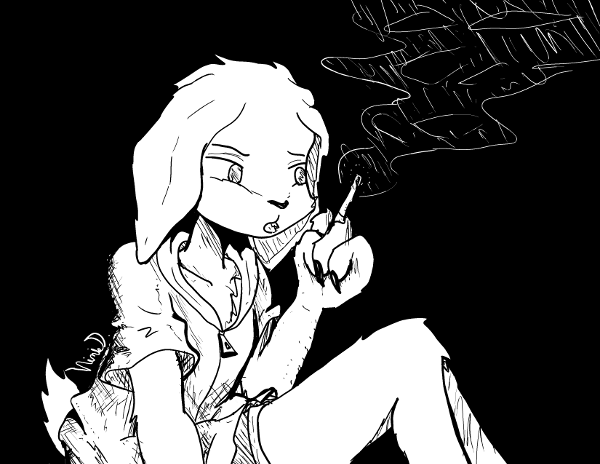 I just want to point all of my readers to another bunny people centric comic you may enjoy. Pembroke W. Corgi recently launched his newest comic project Da Pukas, which you can check out over at http://dapukas.com and I highly encourage you to do so.