The Patreon rewards have changed, and they’re more awesome than ever (I hope).  Access to the dev blog, series bible, special thanks credits, and previews are now available to all patrons including penny patrons.

I am now offering character cameos starting at the $1 level. Yes if you’re a $1 or more patron, you now get a cameo character.  Contact me to get your cameo.  Similarly the speaking role cameo has been moved to the $5 level.

Custom comics have had the 3 month restriction removed from them.  They can now be ordered as soon as the first payment goes through.  If you’re a patron enjoy these new bonuses.  If you aren’t and you like the sound of it, head on over to http://patreon.com/antibunny to chip in.

Today is my birthday.  For 35 years I’ve evaded the reaper.

AntiBunny is now on Facebook.  You can follow the AntiBunny Facebook Page    for updates, artwork, and other thoughts on the comic, as well as get in touch, and share with your friends who aren’t on other social media sites.  Please give it a like and spread the good word of the bunnies to facebook so that all may know the glory our lagomorphian overlords.

Inktober 2015 is at an end.  It was a fun ride and a learning experience all in one.  Here’s the final week of Inktober pics.

In order:  Phantom Spaceman, Sans the Skeleton (Undertale), Napstablook (Undertale), Space Ghost, Dr. Alphys (Undertale), Penny, NES cartridge (which yes  I realize is backwards), Piago, Undyne (Undertale), and finishing it all off is Pooky in modern design, since I started off with Pooky’s classic design. 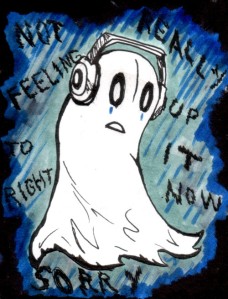 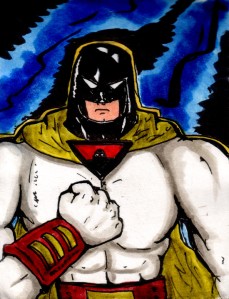 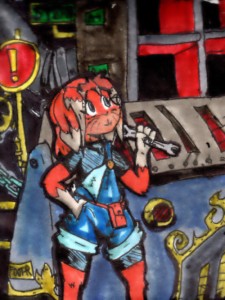 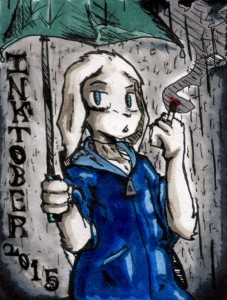